I’ve had a faithful assistant for over 35 years that has just died. It passed away quietly today. One minute it was there doing what it was supposed to do – then it just died. I wonder if it is because of Brexit?? 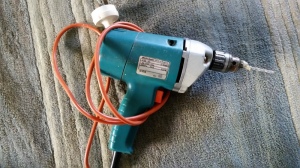 You see it came from England. It traveled with me when I came out here in 1982. It has been in faithful service, used on a regular basis, and died today. It not only came from England, it was also Made in England. Was Brexit too much for it to handle?

I have read some commentary on the result. Some people are blaming the Baby Boomers – claiming that the (unsubstantiated) “younger generation” wanted to stay in Europe. Some people are saying that it was all about immigration. I certainly don’t claim expert knowledge in this area but I do remember a quote from Winston Churchill “We have nothing to fear except fear itself”. It would appear that fear has had a lot to do with the result.

What will it mean to England, the UK, Europe and the world? Only time will tell.