Have you ever written something only to discover it years later? I just had that experience of a note written over 10 years ago that has just come to light. 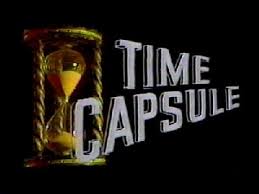 Here is the note, written on 29 March 2006 whilst we were in Zimbabwe.

A week in a Retirement Home @ 50 years old! Well it has certainly been an experience. People (at least some) don’t mature, they just get wrinkly and older. They keep – one can only guess – the same characteristics they had decades ago, perhaps when children. They don’t really grow up, they just get older. Eg. Dad (by father in law) went to give one of his mates a bit of surplus avocado. Another lady on the table – who is usually quite nice – demanded “where’s mine?!”. Dad has to be so careful that he does not upset anybody – and living with around 44 woman and 6 men – that is not easy.

One woman on Dad’s table grabs the food placed in the middle. Despite Peaceful Ways (name changed to protect both the innocent and guilty) being a pleasant place to live, community living is not easy. I would not like to live here (or any other retirement home – if sons ever read this, take note!). By far the best way would be to live independently.

There was a “new boy” who came the other day and one of the women here fancied him – but was told by him that he had a girlfriend for 15 years. When relaying this gem the ladies told us that “sex appeal never dies out”. In one way this is good news, in another it is too much information!

Hope you enjoyed reading it as much as I did.

Wishing you and yours a peaceful and joyful Christmas.